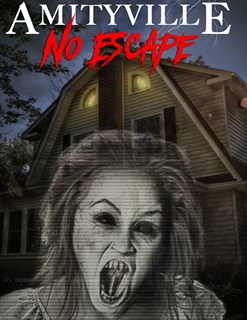 When a group of college students discover an old VHS cassette made by a woman who mysteriously disappeared after moving into the "Amityville Ghost House", they set off to play amateur ghost hunter by camping out in the woods behind the infamous home. But what started as a goof, soon becomes an exercise in terror as a malevolent, un-human force begins to prey upon them one by one 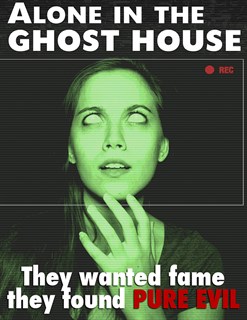 Alone in the Dark House

A reality TV star and her husband brave the most haunted house in America, The Devil's Commune, for another shot at TV. 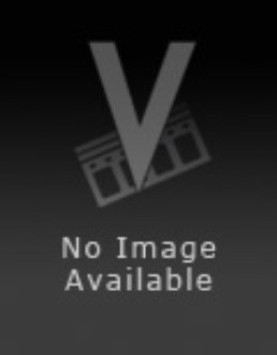 Something ancient lurks in the surf off Sea Bright Beach. It swims silently, walks upright and breathes air. It's also very, very hungry . . . and not for seafood anymore.

300 years ago, a coven of persecuted witches swore a gruesome curse of vengeance upon any person who would dare harm its descendants. Three centuries later, a direct relative of those witches named Margaret is brutally murdered, victim of her husband's cold-blooded plot to inherit her wealth.

An isolated outpost in the wilderness becomes a battleground between humankind and morphing microscopic monster in this gross-out shocker from horror master Brett Piper (Screaming Dead, Shock-O-Rama).

Rebecca Raven travels to the country for some rest and relaxation...and a bloody confrontation with flesh-starved zombie hungry to bite off more than it can swallow

When a hybrid strain of bio-engineered marijuana is delivered to a secluded strip club, it brings with it a monstrous army of insect creatures and a renegade U.S. federal agent with a big chip on his shoulder. Soon the stealthy, fist-sized bugs are busily engorging themselves on human blood, their bite effecting a particularly potent narcotic reaction in those attacked. An exterminator is brought in to halt the infestation, but he is helpless against the eight-legged onslaught, so everyone becomes a potential meal. And if the trapped victims don't think their situation could get any worse, wait until the federal agent turns into the biggest, baddest bug ever to walk on two legs. 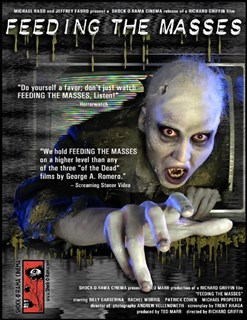 A darkly satiric horror film that takes an acid look at the current state of the news media while a mysterious plague is bringing the dead back to life. A small group of news reporters and their military escort set out to tell the truth about what's happening in the world, despite the government's efforts to take control of the media.

Despite the appearance of a loving, All-American family, they are cannibalistic monsters who take great pleasure in torturing and murdering their neighbors.

Into an abandoned insane asylum pass six individuals who are about to discover its terrifying secrets and come face to face with its blackest horrors.