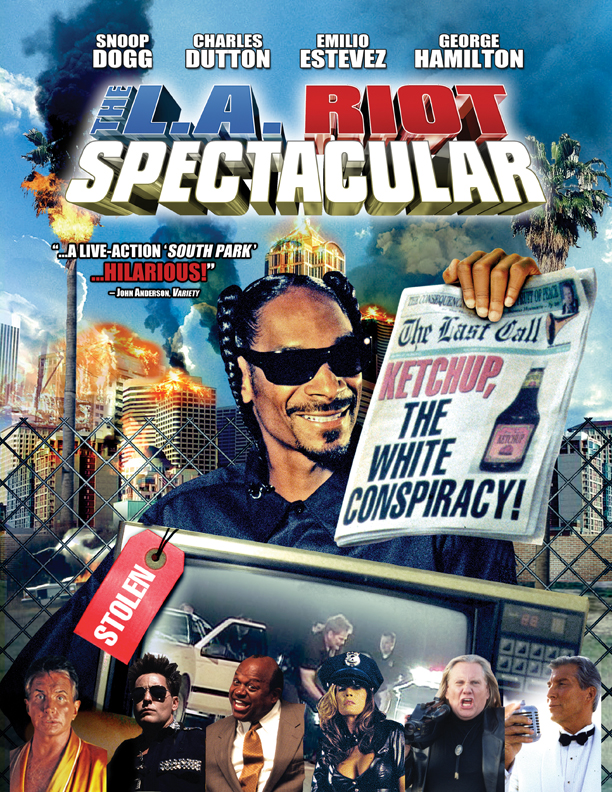 This bold satirical comedy brings the viewer a provocative look into the participants of the LA Riots, and the Rodney King beating by LAPD Officers that fueled it, filling the world's screen with epochal images, and our minds with the phrase, "Can't we all just get along?"

Its 1992 and Los Angeles along with the entire nation, holds its collective breath as attention is centered on a jury in suburban Simi Valley where a decision is forthcoming in the trial of LAPD officers captured on film beating a man after making a traffic stop. The man is Rodney King. A decision is rendered, the officers are found not guilty and the torch to the proverbial powder keg that is early 90s Los Angeles is lit. Its now 2004 and over a decade later, the problems that were inherent in the city then are seemingly still in place. Has Los Angeles learned from the lessons taught in 1992, healed itself and moved on? Filmmaker Marc Klasfeld sets out to create a film re-examining the events of 1992 in a bid to answer the questions still lingering and unanswered. Utilizing a mix of fictional and all too real characters in a creative blend as volatile as the very event which inspired it, Marc Klasfeld decided to make . . . a satire. The result is THE L.A. RIOT SPECTACULAR, a neo-absurdist and fully satirical look at the watershed period in 1992 when images of the nations second largest city afire filled Americas and the worlds screens.