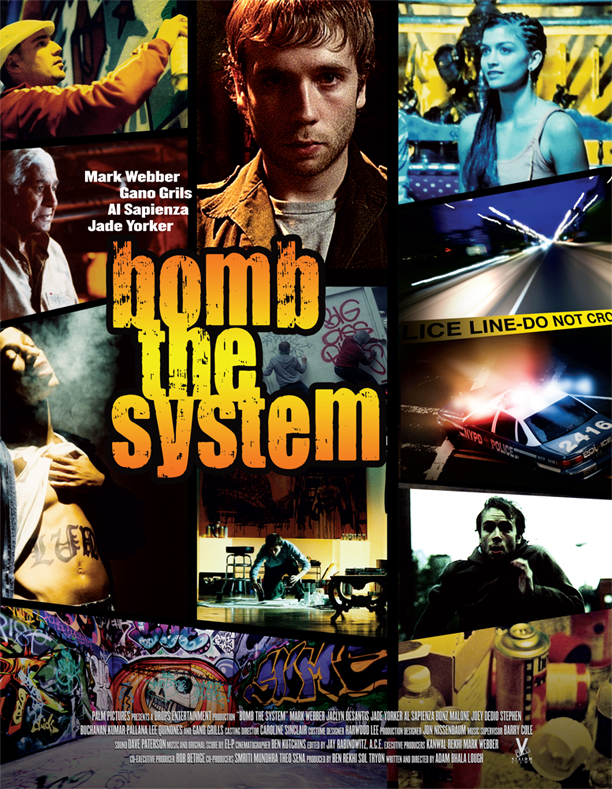 Adrenaline, self-expression, and recognition of their talent drives three young graffiti artists to leave their mark on the streets of NYC. When one of the kids is brutalized by a corrupt vandal squad cop, the “bombers” wage a graffiti war with dire consequences.

Anthony, A.K.A. Blest, is one of the most talented and notorious graffiti artists in New York City. Despite the tragic loss of his older brother during a nightly bombing foray with a graffiti crew, Blest has the same insatiable addiction. With the other members of his crew, he spends his days stealing spray paint from local hardware stores and his nights getting high and bombing the streets with graffiti. He is the most wanted writer on the NYPD Vandal Squad's hit list, and at the same time, is attracting attention from the local gallery scene. He does his best to avoid run-ins with the cops and hostile rival crews, but he can't avoid the pressure from his mother to attend college, and from his girlfriend to leave New York with her. Things quickly turn ugly when 15-year-old Lune, the youngest member of Blest's crew, is arrested and brutalized by the NYPD. The crew retaliates by waging an all out graffiti war, and intensifies their bombing actions against the city. When the inevitable confrontation happens, a tragic result pushes Blest to make a decision with dire consequences.