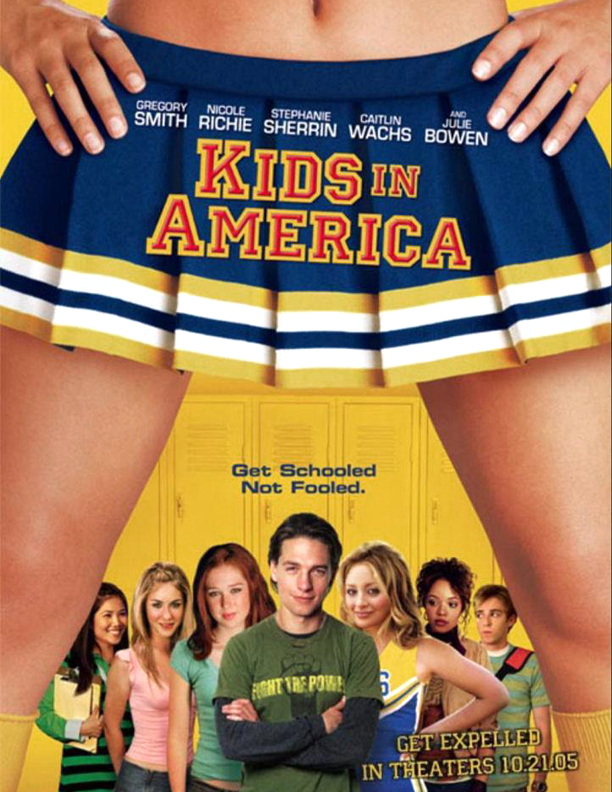 A diverse group of high school students band together to peacefully stick it to their overbearing principal.

Based on real events, Kids In America is a teen comedy about a diverse group of high school kids who band together to peacefully kick their principal's ass. Boasting an impressive cast of both established stars and hot new talent, "Kids" tackles such issues as sex education, freedom of speech, and how to kiss for six minutes straight without losing consciousness from lack of oxygen. Holden Donovan (Gregory Smith) is fed up with Principal Weller (Julie Bowen) who goes to great lengths to stop the students from exercising their right to free expression. She expels a young woman for passing out condoms and advocating safe sex on national “safe sex” day and suspends two boys who were kissing in the hallway. Meanwhile, she is running for the Superintendent of their school district, which will give her a chance to practice her brand of administration beyond Booker High School. The students have an ally in Mr. Drucker (Malik Yoba) one of their teachers who encourages them to fight for their rights. He pays a price for his leadership and is fired by Principal Weller. He decides to use his dismissal to make a change of his own, by producing a documentary chronicling the experiences of students who are faced with similar issues. As the story unfolds, Donovan befriends a group of kids including love interest Charlotte (Stephanie Sherrin), Lawrence, Chuck, Walanda, Emily and Katie. Together they organize the student body to take on Weller and make real change at Booker High.