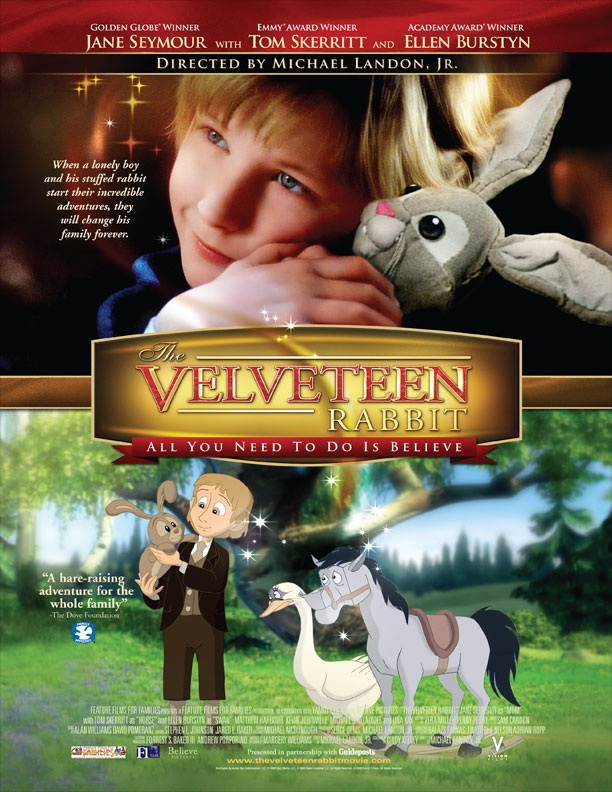 A live action & animated adaptation of the classic children's story. A boy wins over his father & grandmother with the help of a magical toy rabbit he befriends in the attic. The rabbit's only wish is to become real, and through the boy, learns that it is love that makes us real. 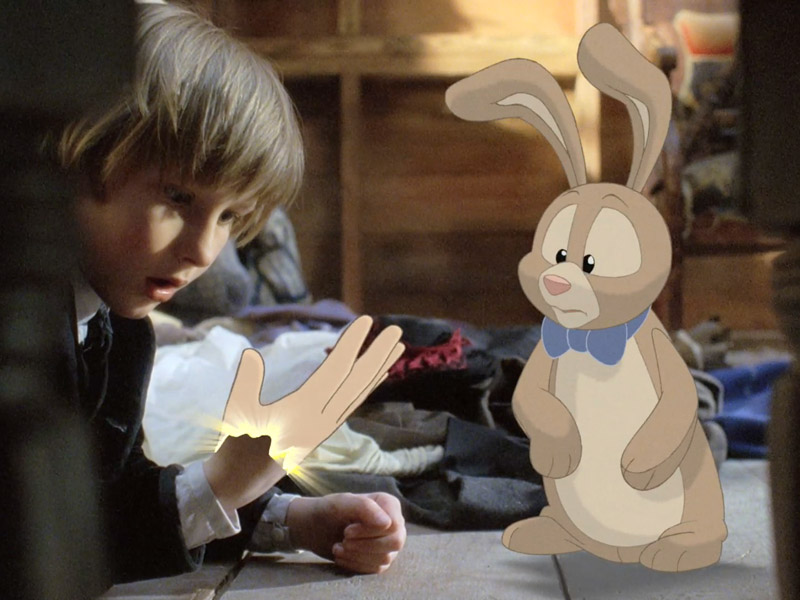 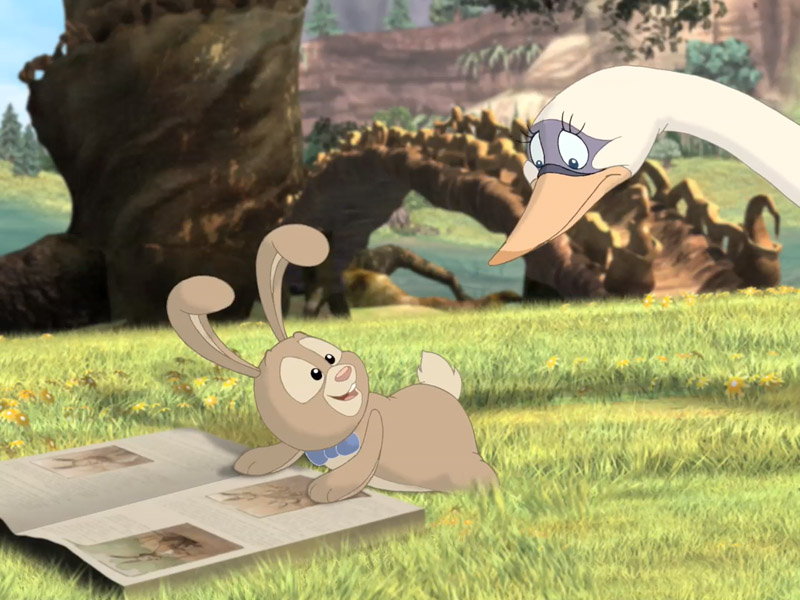 The Velveteen Rabbit is an entertaining live action and animated adaptation of the worldwide bestselling children's book by Margery Williams. First published in the early 1920's, The Velveteen Rabbit was awarded the IRA/CBC Children's Choice award and has continued to capture the hearts and imagination of children and adults for nearly a century. Toby Morgan (Matthew Harbour) is a fun-loving boy with a vivid imagination. He is forced to spend the Christmas holidays with his very strict grandmother (Una Kay). Toby's father (Kevin Jubinville) is a successful businessman who has been emotionally withdrawn ever since Toby's mother passed away. His grandmother's house is big and lonely until he discovers the "magic attic" that used to he his father's boyhood playroom. Much to his surprise, Toby finds a present left for him by his mother -- a stuffed velveteen rabbit. He hugs the rabbit and as he cries, his tears magically transform the rabbit into a playful animated Rabbit. And so begins Toby's amazing animated adventures in the attic's enchanted world with Rabbit and all of their new toy friends: the impulsive Horse (voice of Jeff Bridges*) and the wise but nervous Swan (voice of Julie Andrews*). Rabbit's one wish is to become a real rabbit someday. Toby's one wish is for his father to join him for Christmas. With help from the courageous Rabbit, Toby wins over his grandmother and survives a serious illness to reconcile with his father, who does make it back in time for Christmas. And the power of Toby's love ultimately makes the Velveteen Rabbit real after all. This is a perfect film for any child who's ever thought that maybe, just maybe, his or her toys have feelings. It's time to believe·