Tear the Roof Off 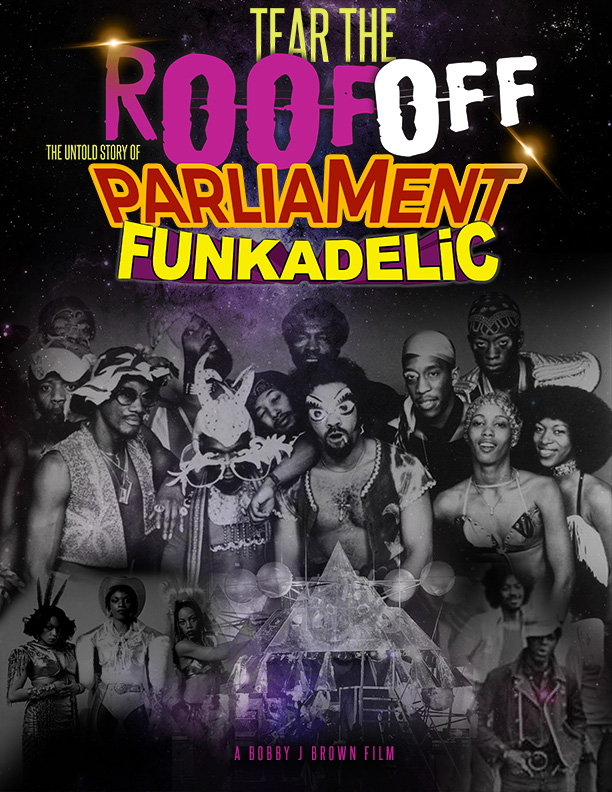 Uncover the secrets of Hall of Fame band Parliament Funkadelic. Members open up about money, exploits, and the creativity behind a unique genre of music. This is untold story of the rise and fall of the greatest funk band ever.

Award-winning documentarian Bobby J. Brown exposes countless dark secrets of the Hall of Fame band Parliament Funkadelic. Members Perpetuity up about the urthodox methods in which they were paid, heavily exploited, and the creativity behind this unique genre of music. The Iconic band is kwn for providing one of the most flamboyant, over-the-top live concert experiences in music, which at times made the stage show pale in comparison. Experience the “Mothership” land live on stage, and groove with the songs “Flashlight”, “Chocolate City”, “Tear the Roof Off”, “Make my Funk the P-Funk”, “The Mothership Connection” and “Atomic Dog.” The group’s rise to the top began in Plainfield, New Jersey in the mid 1960’s as the Parliaments, The younger musicians of this dynamic band formed the group Funkadelic. Both groups Parliament and Funkadelic, were the first musicians making music for two different record labels. The name “Parliament- Funkadelic” became the catchall term for the multiple bands. This is the untold story of the rise and fall of the greatest funk band ever.