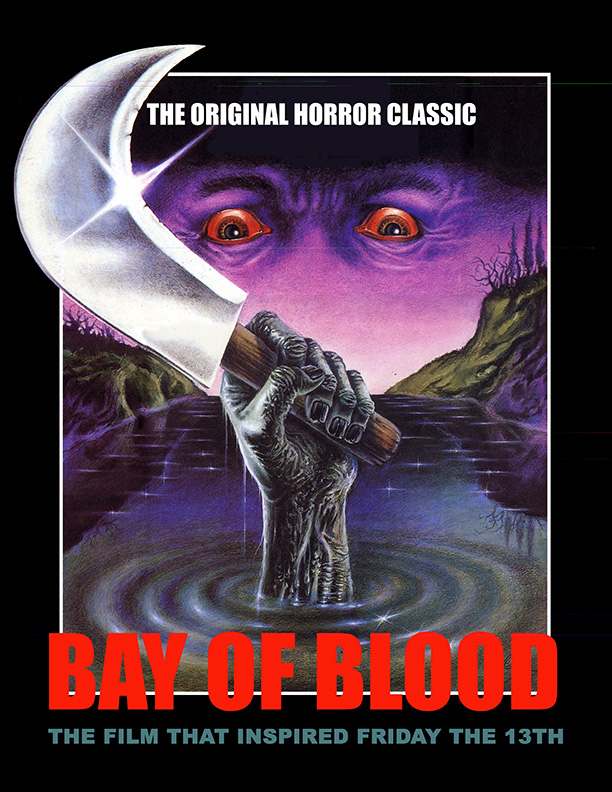 An elderly heiress is killed by her husband for her inheritance, creating an all-out murder spree.

Bava pioneered "The Slasher Film" with the 1972 Bay of Blood. The film was the inspiration for numerous classics such as "Friday 13th", "Halloween", "The Burning". Countless Federica, the elderly owner of a coveted piece of bay side property, is brutally slain by her husband--who is killed by a mysterious thrid person at the murder scene! Who is the killer? Could it be the real estate developer or the entomologist neighbor who wants to preserve the natural insect life thriving around the bay? Perhaps the Countess's illegitimate son, in a bid to claim a name for himself, is responsible? Whoever it is, brace yourself, because no one's a suspect for very long in Mario Brava's black comedy of human greed--which boasts 13 characters and 13 of the most shocking murders ever filmed! A.K.A. "Twitch of the Death Nerve" and "Carnage."