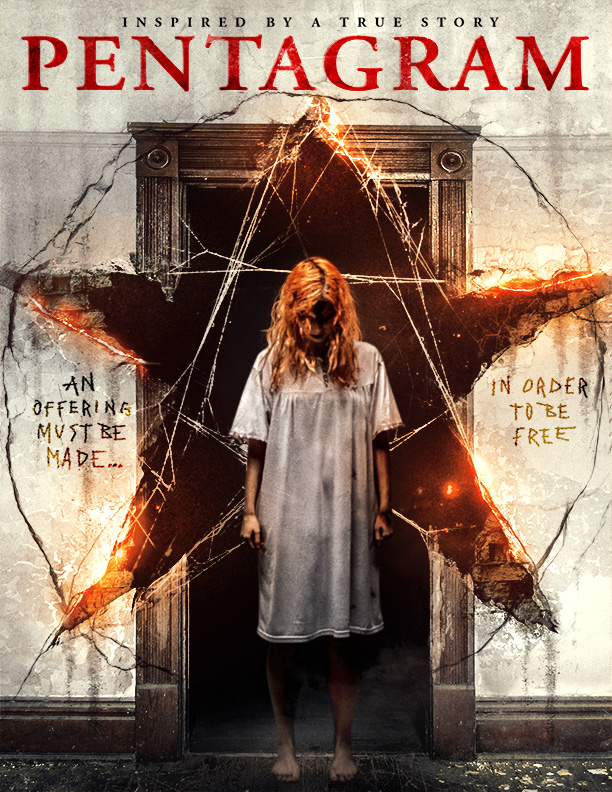 On the run from a string of petty robberies en route from New York to Los Angeles, a group of teenagers – Luke, Holly, Max and Lauren – find themselves holed up in a decaying house deep in the woods. Exploring the house, Holly encounters Oliver, a mysterious Englishman, lying in the middle of a candlelit pentagram. Oliver entices Holly inside the pentagram, quickly followed by the rest of the gang. Oliver then reveals that they are all now cursed to spend the rest of their lives inside the pentagram, or face certain death if they step outside. Unconvinced by Oliver’s story, Max pushes him out of the pentagram, whereupon he is instantly killed by a horrific demonic entity.